Located in the lagoon of Venice, at short distance from the island of Burano and Sant’Erasmo, San Francesco del Deserto is a small and peaceful island, home of a Franciscan Monastery founded in 1230.

The island is surrounded by sand banks and cypresses and is accessible only by private transport or taxi: it is the ideal place for an historical-religious visit far from the tourist routes, but also to enjoy the peace and tranquility that San Francesco del Deserto offers.

The origins of this island date back to Roman times, but the Franciscan story begins in 1220, when Francesco d’Assisi, returning from the East, stayed there in retreat for a short time. At that time the island was called “Isola delle Due Vigne” and was owned by the Venetian nobleman Jacopo Michiel, who donated it to the Franciscan Order in 1233. Since this moment the island was renamed “Isola di San Francesco” and the suffix “del Deserto” (of the Desert) was applied in the XV century, when the island was abandoned for a short period because of diseases and malaria, which spread in these areas.

When you get off in San Francesco del Deserto, you will see a wooden cross and a cobblestone road that leads to the monastery, even today active. Follow the road until the entrance of the monastery and ring the bell: you will be welcomed by a monk, who will accompany you during your visit.

In the monastery you will see two cloisters: the first partially destroyed by Napoleon’s troops and rebuilt by the Franciscans in the second half of XIX century, dates back to the XIII century, instead the second cloister dates back to the XV century. The Church of the island was erected instead in 1401 over the ancient Byzantine church.

During your visit you will also have the chance to take a look at the garden full of trees and flowers, where the friars raise some animals and cultivate the ground: there two wonderful terraces will allow you to admire the Venice lagoon and offer a breathtaking view towards the island of Burano. 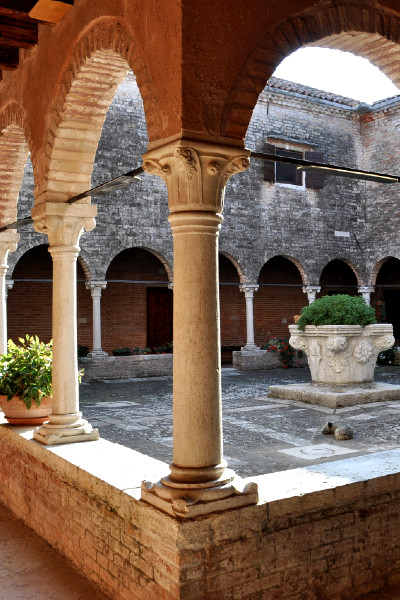 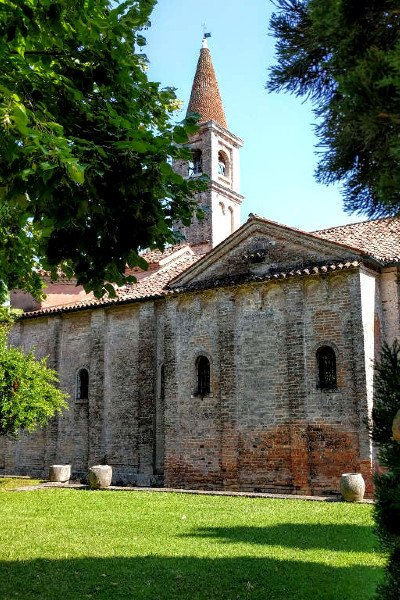 Getting to San Francesco del Deserto

The easiest and cheapest way to get to San Francesco del Deserto is to go to Burano. Here are our suggestions:

You can visit the island every day (except on Monday) for a couple of hours in the morning and in the afternoon. Visits are not admitted on September 17 (Feast of St. Francis’s Stigmata) and on October 04 (Feast of St. Francis). The visit is guided by a Franciscan (free offer). For more details or updated information about opening times please visit the official website.